Hillsboro to EEST call time
Best time for a conference call or a meeting is between 7:30am-9:30am in Hillsboro which corresponds to 6:30pm-8:30pm in EEST

Offset: EEST is 3 hours ahead Greenwich Mean Time (GMT) and is used in Africa

Principal Cities: The largest city in the EEST timezone is Kiev from Ukraine with population about 2.798 million people. Other major cities in the area are Beirut, Bucharest, Aleppo, Damascus

Daylight Saving: Eastern European Summer Time (EEST) is a daylight saving/summer time zone, however during winter some places adjust time for one hour back and observe Eastern European Time (EET). 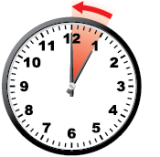