AEST is NOT in use by many locations

Alvand to AEST call time
Best time for a conference call or a meeting is between 8am-11:30am in Alvand which corresponds to 2:30pm-6pm in AEST 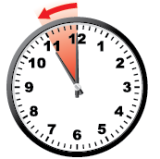 Offset: AEST is 10 hours ahead Greenwich Mean Time (GMT) and is used in Australia

Principal Cities: The largest city in the AEST timezone is Sydney from Australia with population about 4.627 million people. Other major cities in the area are Melbourne, Brisbane, Gold Coast, Canberra

Daylight Saving: This is a standard time zone, however during summer some places switch clocks for one hour forward when daylight saving comes into effect and observe Australian Eastern Daylight Time (AEDT).

Only part of Australia observe daylight saving. It is used in New South Wales, Victoria, South Australia, Tasmania, and the Australian Capital Territory. Daylight saving is not observed in Queensland, Western Australia or the Northern Territory.